In December 1999, the World Bank organized a conference in Bonn to launch the Global Development Network (GDN). About 600 researchers, policy-makers, and representatives from more than 300 organizations from 111 countries worldwide participated in the conference and had the opportunity to exchange ideas, network, share experiences and thoughts about development issues. At the closing of the First GDN-Conference, the President of the Federal Republic of Germany invited initiatives to establish GDN-activities in Bonn.As a follow-up of the First GDN conference in Bonn, the State of North-Rhine Westphalia pledged support for a project that would facilitate the establishment of a European hub of the GDN in Bonn. At the same time, Joachim von Braun from the Center for Development Research (ZEF) was asked by staff of the EU Commission and by the World Bank to take steps to facilitate the establishment of a European hub. After extensive consultations, ZEF took the initiative and submitted a proposal to the State of North-Rhine Westphalia which was then approved.

As one of the first project activities, ZEF organized, upon invitation by Joachim von Braun, ZEF, and Lyn Squire, director of GND, a small academic Roundtable for European development economists on 15 September, 2000 in Bonn. The objective of the workshop was to bring together a group of reputable European development economists to brainstorm about the idea of forming the European hub of GDN. As an outcome of the Roundtable, there was common understanding within the group that (i) there is need for a formalized development network within Europe, and (ii) that GDN may offer a good ground and functions as a facilitator for the establishment of such a globally linked network. The results of the meeting were summarized in a first proposal for submission to different donors.

Thereafter, the group was formalized by confidential elections of the Executive Committee, and by-laws of the EUDN have been developed. The core of the network initially consisted of 17 development economists, most of whom are embedded in a multidisciplinary environment at their home institutes. Further disciplines were included at a later stage.

The official announcement about the new European network was made at the Second Annual GDN Conference in Tokyo in December 2000. While in Tokyo, it was also decided at the first meeting of the Executive Committee 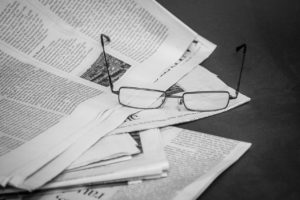